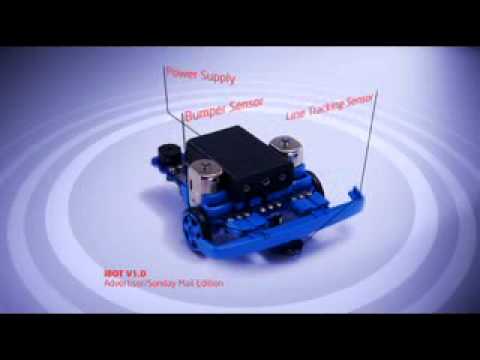 http://www.microbric.com
The I-BOT robot was a revolutionary promotional robot kit released in 2005, by Microbric in conjunction with ‘The Adelaide Advertiser’ newspaper. Each day during the two week promotion tokens were printed in the newspaper. These tokens were used to redeem a sequence of fourteen I-BOT packs. Day by day, pack by pack, the I-BOT could be constructed until it was fully functional by day 14.