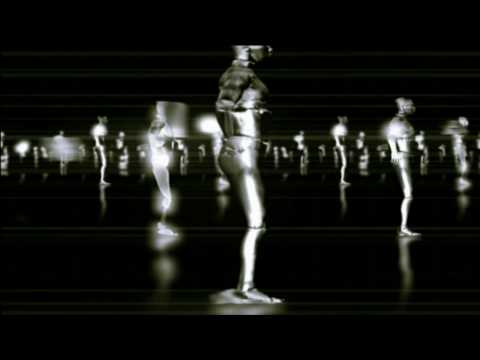 Complexity (Chapter 6): The Illusion Of Complexity – Neuroactivity And Complex Behaviour.

Nature gives us a lot of examples of complex behavior emerging from the interaction of many individuals. The members of an ant colony are capable of a wide variety of complex behaviors: finding and transporting food, constructing elaborate underground complexes of tunnels and chambers, defending their territory from invaders.

Such activity would seem to involve a great deal of planning, memory, and coordination. But there is no head ant who draws up a blueprint for the colony and gives directions to the worker ants. Instead, each ant follows a very simple set of rules, based on cues from its environment and from the activity of ants nearby.

For example… how do ants know to walk in a single file to pick up food, and then return in single file to the nest? They dont. They know three simple rules. First, if you come upon something that smells like food – pick it up! Second, when you pick up a piece of food, release a chemical signal… a pheromone. Third, if you come across a pheromone trail left by another ant… follow it!

There is no plan, no memory, no need for a leader to point the way. Three simple rules and a few environmental clues are all that is needed to orchestrate this remarkably efficient process.

The enormous complexity of living things has been brought sharply into focus by our efforts to create machines that mimic organic, living creatures. We now have robots that help in many fieldsBomb disposal, fire and rescue operations, hospital care, military drones and tanks. Our desire to build robots seems boundless.

We now have robots that can fly planes. On the other hand the robots that explore other planets can certainly perform feats no human should attempt. Only very recently has there been real progress in creating androids robots shaped like humans that can exhibit a wide range of our muscular and motor functionality. But we are still at the starting line when it comes to creating machines that can mimic human thought.

It is easy to imagine an ant or a robot as a mindless agent following simple rules that produce the illusion of complexity. But what of the human mind? Surely everything that humans do from designing skyscrapers to composing symphonies… is not the product of a few simple behaviors. And yet it might be…because everything that humans do (or think or feel) is the result of these basic units of brain structure – the neurons.

The human brain contains more than a hundred billion neurons. Just like a single ant could never build an anthill, a single neuron can’t think or feel or remember. A neuron’s power is a result of its connections to other neurons. Each neuron is connected to as many as a thousand of its neighbors. These trillions of connections provide the playing field upon which the complex activity of the brain takes place. Each neuron can turn its neighbors on or off depending on the signals it sends, and the resulting stable patterns of neuron firing represent memoriesand images and thoughts.

We don’t yet understand the relationship between neural activity and mental experience. We dont know what the precise pattern of a memory or an image or a thought looks like. We dont yet know how to read the cerebral “code” of the neurons. But by looking at the behavior of other complex systems – from anthills to computer simulations – we may yet learn some techniques that allow us to work our way up from the activity of a few neurons to see the structure that emerges from the whole.

The Cassiopeia Project is an effort to make high quality science videos available to everyone. If you can visualize it, then understanding is not far behind.

25 thoughts on “The Illusion Of Complexity – Neuroactivity And Complex Behaviour”