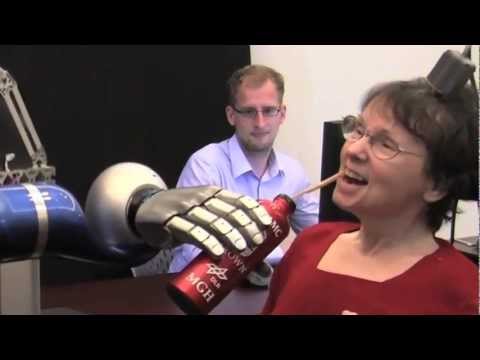 A trial funded in part by NIH is evaluating an investigational device called the BrainGate neural interface system. This is a type of brain-computer interface (BCI) intended to put robotics and other assistive technology under the brain’s control. By imagining the movement of their own arms, two paralyzed individuals were able to use the BrainGate to make complex reach-and-grasp movements with robotic arms. Credit: The BrainGate Collaboration.