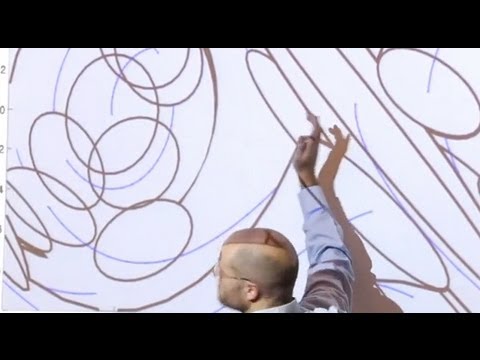 Building robots that can walk or fly with the dexterity of an animal is hard. Our best models of these robots are complicated because they are nonlinear and underactuated, and because the robots are fundamentally subjected to large sources of uncertainty relative to their control authority – for instance, large disturbances like a gust of wind and/or model uncertainty because they are locomoting on unknown terrain. While the field of robotics has seen some success from “intuitive” controllers based on simple models, I believe that a more algorithmic approach is required to scale much beyond the complexity and performance of today’s robots.

In this talk, I will demonstrate that combinations of randomized motion planning and trajectory optimization can produce open-loop trajectories for models of the required complexity (nonlinear, hybrid, underactuated). But when one goes to implement these on the real systems, they inevitably fail, in part because trajectory motion planning by itself doesn’t provide any language for talking about robustness. Therefore, I’ll describe tools from robustness analysis (both linear and nonlinear), feedback planning, and planning in belief space that can help close this gap, and produce solutions that work on real systems. These ingredients can be added on top of most existing motion planners, and can make a substantial difference when working with high-performance dynamic robots.

Russ is the X Consortium Associate Professor of Electrical Engineering and Computer Science and Aeronautics and Astronautics at MIT, and a member of the Computer Science and Artificial Intelligence Lab. He is a recipient of the NSF CAREER Award, the MIT Jerome Saltzer Award for undergraduate teaching, the DARPA Young Faculty Award, and was named a Microsoft Research New Faculty Fellow.

Russ received his B.S.E. in Computer Engineering from the University of Michigan, Ann Arbor, in 1999, and his Ph.D. in Electrical Engineering and Computer Science from MIT in 2004, working with Sebastian Seung. After graduation, he joined the MIT Brain and Cognitive Sciences Department as a Postdoctoral Associate. During his education, he has also spent time at Microsoft, Microsoft Research, and the Santa Fe Institute.