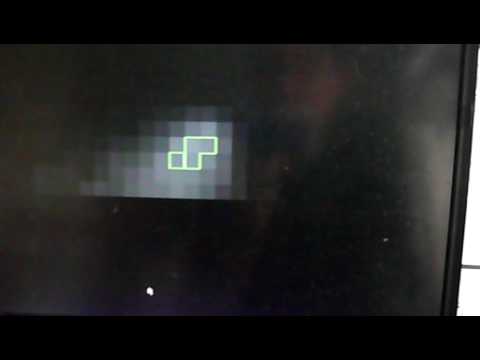 One of the first tracker tests did of my Undergrad thesis project, on my crappy dual core machine due to the limitations of my laptop the hardware’s speed was suppressed to that which my laptop could easily handle. As such in this test the tracker was tracking inputs at 55-60fps. This speed can greatly be improved by a more apt programmer and by using a faster system. The hardware is easily capable of delivering raw data rates of 2000hz+

Hardware:
Bit about the hardware, it consists of a distributed sensor arrays of IR photodetectors numbering a total of 128 for this prototype, the photodetectors act as a low resolution camera only sensing IR light, by low resolution i’m refering to sensors per inch, in terms of sensing resolution each sensors outputs a 12bit quantized output of the relative IR intensity its receives as such via interpolation of sensor data we can obtain a relatively image high resolution for detection of finer instruments, such as pens, tags and objects.

Arrays of of these photo detectors are connected to a multi-channel ADC which samples each sensor about 100k samples per second and relays the quantized sample value to the MCU which in this case is an Arduino Mega. The role of the Arduino is quite simple, it is to pol each sensor and record and relay the sensor value after some analysis to the computer for vision based analysis. The key method which enables this hardware to sample the entire raw frame at over 2000Hz is the method in which the arduino retrieves the data from the ADC, by simply altering the traditional SPI bus design we can poll multiple sensors simultaneously thus allowing the entire frame to be captured a lot faster, then polling each sensor individually.

The hardware is designed in such a way that its scalable from 7inchs to 40inchs +. The nature of the prototype is such that it can be installed on any existing LCD based solution with minor modification to the panel construction, and can be easily implemented and deployed within the LCD manufacturing process.

Software:
Current test software is written JAVA using both processing libraries and Java’s own JAI (Java Advanced Imaging API). This software will be updated to C++ in the near future to optimize the system and make it more robust.

Future Development:
Future work consists of deploying this hardware with a dedicated DSP processor which can take of input detection and tracking. Allowing not only a faster and more efficient method tracking and detecting inputs than computer CPU based vision sensing but also allowing the development of rich media applications access to the full cpu of the host machine rather than the cpu being bogged down with tracking and handling of inputs.

for more information you can visit my blog http://mtaha.wordpress.com and you can contact me via about me page.