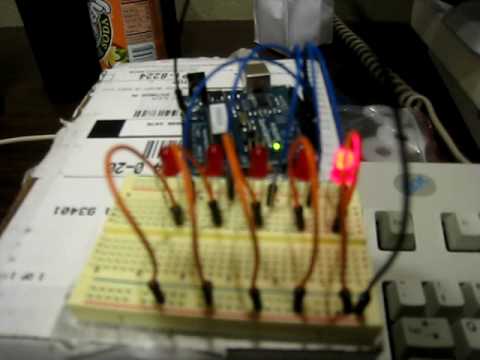 I made a program in VB that reads TF2’s console log and tracks kills, deaths, and suicides by me. It’s main function is to count the number of kills I make in each life and send that number to the Arduino. I hooked up five LED’s to the Arduino and they display that number (roughly realtime) in binary.

It’s nothing too spectacular, but I just thought someone would get get a kick out of it.

Holy crap, apparently this was on Hack-a-Day. I feel special, haha

19 thoughts on “TF2 Kill-counter through an Arduino”