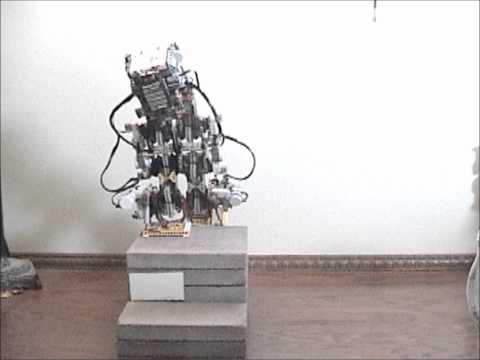 I have had ALOT of complaints on how long most of my videos can be. I know for many 10 minute films of very slow Lego bots is perhaps more than most can stand today. SO I will include and make first the high speed version of the films. Then after will include “normal” speed, though here i will not since there is a normal, but another view of the same task. Some may want to know why have normal speed at all? Well in the robotic world only “real” counts. As my good friend once said “no film, it has not happened”. Since X-2 is breaking new ground for Lego robotics real time footage is needed. I would like to thank the many million viewers that have had the time and patience to endure what has been said to be like watching grass grow and paint dry. 🙂