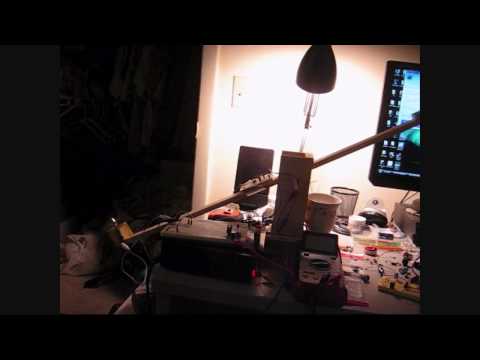 My first attempt at designing a PID controller. It’s a basic level with a motor and a propeller on one end to act as a balanced beam. Using an Arduino board, measurements of tilt were taken with a mesmic accelerometer. The arduino board was then programmed as a PID controller dampening any disturbance to the lever.

I’m currently in the process of designing another arduino PID Controller which will have a significantly better responce to disturbances. I should, hopefully, have a new video up within the next couple of weeks detailing the new pid controller.