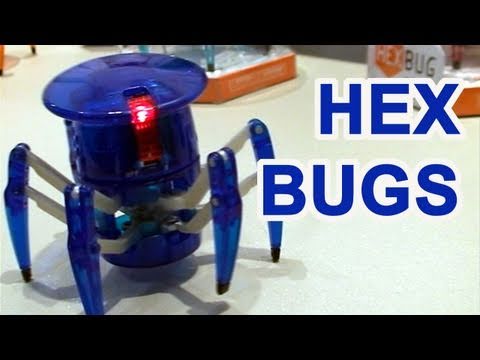 Join us at http://blog.Atamaii.com Hex Bug toys for 2011. From the Innovation First private showroom the New York Toy Fair, this is a look at the Hex Bugs for 2011. Hex Bugs are remote control electronic moving robots. They come in a variety of robotic styles.

The Hex Bug Nano is very popular and comes with several habitat playsets, including a race track this year.

This is a Hex Bug toy report from the New York Toy Fair, February 2011.