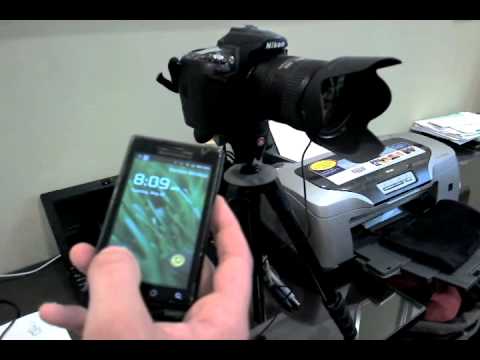 This is the second version of my Nikon Bluetooth controller that I’ve been working on. The project is based around an Arduino and a BlueSmirf Bluetooth tranciever. In the first version, control of the camera was achieved using an IR LED, and emulating the Nikon IR remote. In this second version, the control is through the wired shutter-release/GPS port.

The camera I’m using is a Nikon D90, but this same controller would work on all Nikons that have the same shutter release/GPS port as the D90. Additionally, I’ve read about Canon and Sony DSLRs also having a wired shutter-release port that operates in the same way, you’d just have to find the pin-out of those ports and make your own connector .

On the Android side, right now I’m using SENA BTerm as the Bluetooth terminal. This isn’t a long term solution, but for now is a proof-of-concept that camera control from the phone is possible.

I’ve got a lot more ideas brewing on this project, and should have some updates on them before too long. Thanks for checking it out!