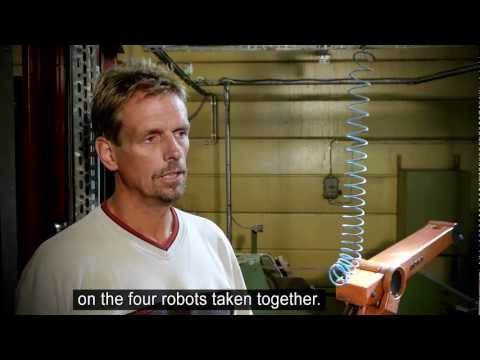 In 1973 Leif Jonsson of Magnussons, from Genarp in Sweden, was visiting an industrial fair in Stockholm where ASEA (now ABB) were showing an early prototype of the world’s first all electric robot. He immediately understood the potential and realised this was something he could use in his pipe bend manufacturing business. And so in early 1974 he took delivery of the very first production unit, and by 1976 he had a further four robots hard at work. And today those same four robots are still hard at work polishing pipe bends – after an unbelievable 36 years. Mats Jonsson from Magnussons comments on their longevity “During the last 4 to 5 years we have had only 3 stoppages. The robots just keep going — they take care of themselves”